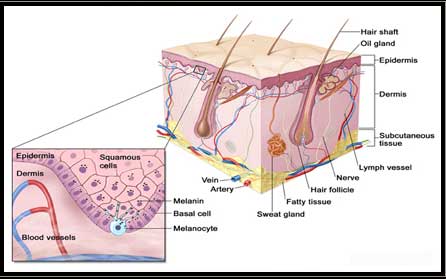 Vitiligo refers to the development of white patches anywhere on the skin. With this condition, pigment-forming cells (known as melanocytes) are destroyed by the immune system causing the loss of pigmentation in the skin. Vitiligo usually develops between the ages of 10 and 40. It affects both men and women and appears to be hereditary.

Vitiligo usually affects areas of skin that have been exposed to the sun. It also appears in body folds, near moles or at the site of previous skin injury. The condition is permanent and there is no known cure or prevention. However, there are some treatments that can be used to improve the appearance of the skin, such as steroid creams and ultraviolet light therapy.

Birthmarks are abnormal skin colorations in spots that are either present at birth or appear shortly thereafter. They can be flat or slightly…

Wrinkles are a natural part of the aging process. They occur most frequently in areas exposed to the sun, such as the face, neck, back of the…

Read More
Categories
Recent Posts
Back to the top